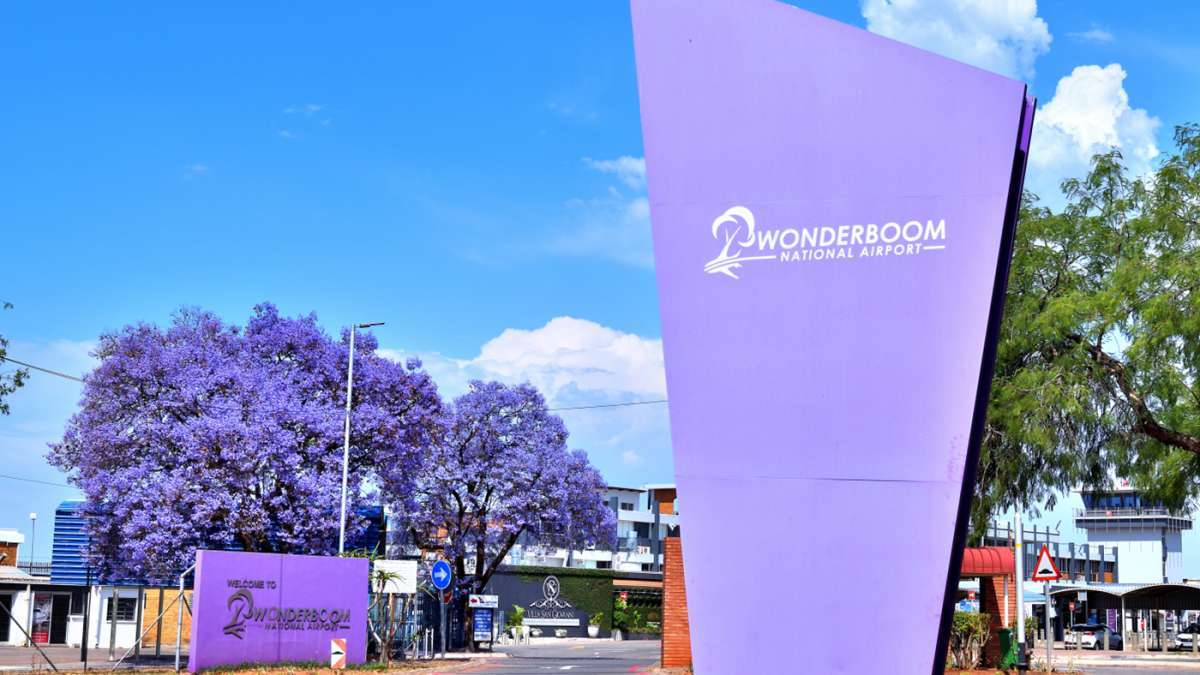 The airport has a rich and diverse history dating back to the turbulent years of World War I (1914–1918), when the first small airstrip was established west of Silverton. After the war, civil aviation began to flourish and various local authorities began to establish air fields.
The airport began its humble beginnings on a portion of a farm known as Koedoespoort. The airfield naturally became known as the Silverton or Koedoespoort aerodrome. It was in those early days that the airfield became famous after Pierre van Ryneveld and Quentin Brand made their first landing on South African soil when they touched down with their two-seater biplane, Voortrekker, en route to Cape Town on their London to Cape Town flight. Today that spot is a heritage site and the name of Pierre van Ryneveld has become synonymous with the capital city.

In 1930 the Lyttelton Aerodrome was established. In 1935 the first company to be established at the airport was Placo (Pretoria Light Aircraft Company) owned by Piet and Jan van der Woude, and one year later the Pretoria Flying Club was founded. As the then City Council envisaged future expansion, and the Zwartkop Air Force Base needed more space, it was decided to acquire 342 hectares of land on the farm, Wonderboom, north of the city.

The new airport, opened in 1937, did not attract much development other than Placo and the Pretoria Flying Club for the first two years. Placo then started doing charter work while still training pupil pilots for the government. With the outbreak of World War II, the airport became part of the war machine, being used for military purposes only. Placo staff joined the air force, the vintage Bessoneau hangars were strengthened, and six new Bellman hangars, a control tower, water tower, fire station and other buildings were constructed. Trainee pilots and the Women’s Auxiliary Air Force members were stationed at the airport and, as a result of the Joint Air Training Scheme between the SADF and the British Air Mission, a number of other military services – such as navigation gunnery and an air reconnaissance school – were established at the airfield. Wonderboom became the home of the No 3 Air School flying Tiger Moth, Homet Moth and six other civilian aircraft types. Some of the original airport buildings remain to this day, although the air school was disbanded in September 1944.